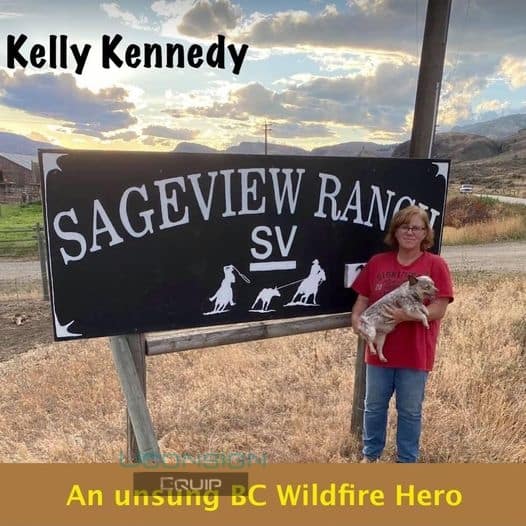 We met Kelly Kennedy when she reached out regarding our quest to find a recipient for our Mobile Housing unit. She provided us with several names of families in need, both in the Monte Lake and Lytton fires. We had no idea that the hardest part of this donation would be choosing just one family to help. Over the past few weeks, the situation has been constantly shifting, due to various events and circumstances, and thankfully to the amazing generosity of so many others.

With this in mind, we developed a strategy that will provide both immediate and long term temporary housing for years to come. Sadly this will not be the last fire season in BC, or other areas of Canada.

Kelly’s Kamloops home, Sageview Ranch, is a centralized Emergency Evacuation Centre and Feed Depot for livestock and provides camping space for evacuees. The mobile housing unit will become a permanent housing option for people who need to temporarily relocate during a time of evacuation or crisis.

Last weekend the trailer was delivered by Craig Lebeau (along with a camera crew from Mud Mountain Haulers) to its new permanent location in Kamloops. 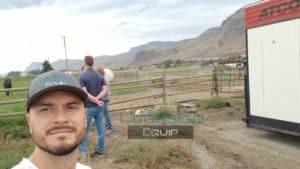 The majority of people who have reached out to us are seeking temporary housing on their own properties, through winter until they rebuild. We encourage any company with under-utilized modular housing units (known in the industry as camp shacks) to consider donating or renting to fill the need.

There are so many ways to help these individuals and communities devastated by fire. We encourage you to directly reach out to these Facebook Groups:

This is not an exhaustive list but its a good place to start.