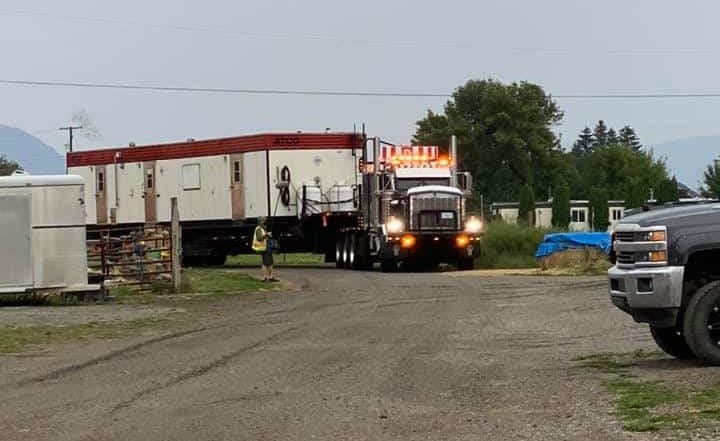 We are incredibly fortunate to work with hardworking business owners who contribute to their communities with as much vigor and enthusiasm as they put into their businesses.

We met Dave and Darcy McClimon when they became members of UConsignEquip. When we put the call out to partner up, Dave called us right away. Living on the island, they have lower concerns about wildfires than their counterparts on the mainland, however they have not been untouched by the ravaging effects of fire.

In 1990, they watched as a fire torched their workshop and left them with charred remains of their business.  “At the end of that day, I still had a home to go to,” Dave said, acknowledging how difficult it is to be without housing. Like the local community that supported the McClimons while they rebuilt their business, they are paying it forward by partnering with us.

Three years ago, Angelika Posselt was experiencing out of control wildfires and evacuation orders that threatened her home, her company and her way of life. Through working with The Postmen Disaster Relief Group and starting her own local depot, The Outpost Burns Lake, she met a group called BC & Alberta Emergency Livestock/Animal/Horse Evacuation Support Group, who were working tirelessly to save cattle, horses and other animals whose owners hadn’t been able to get out safely before the evacuation orders came down. They brought horse/stock trailers and fearless attitudes, loading up terrified animals and moving them to safety.

She joined the group, and has spent every summer since, helping out wherever wildfires threaten people and animal lives. This summer she has been supporting the folks in the Lytton/Monte Lake/ Logan Lake and surrounding areas, gathering and delivering donations and finding the resources needed to help both the animals rescued and their people. She is connected to the final destination of our mobile housing unit, and when she heard that we were looking for partners, she contributed personally to ensure it could happen quickly.

Craig Lebeau inspired this pursuit, by creating a Facebook Group to connect people in need with donations and contributions. Karl Dworkowski met Craig years ago when he purchased that beautiful Kenworth C500. He used that truck to move the mobile housing unit from Valleyview to BC. We’ve been following the page, and his name keeps cropping up, relocating a trailer here, clearing a space there. We’re not sure when he has time to film a TV show (Mud Mountain Haulers, Discovery Channel), but he seems to make his community a priority, which is a characteristic we respect and admire. 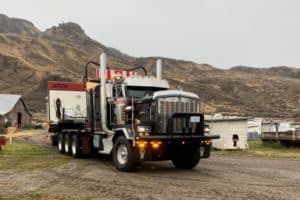